It is the fifth Myanmar month. It is in July-August, the rainy season, when rivers are in space.

In the time of Buddha, when the Lord was staying at Weluwun Monastery in Yazagyo, some disciples supplicated to him the matter of individual disciples having some difficulty to donate meals and alms for all the Sangha at the monastery at the same time, whereupon Buddha laid down a way of disciples drawing lots to determine which monk to offer meals and alms. Thus, began the practice at this time of the year to hold lot drawing offerings of meals and alms to the Sangha, although the exact time for such offerings is not definitely prescribed.

In ancient times, this month was also time for the festival of propitiation to the two nats of Taungbyone. This nat festival has been in vogue since Bagan times to the present day.

This is also the time for holding of boat races in olden days. 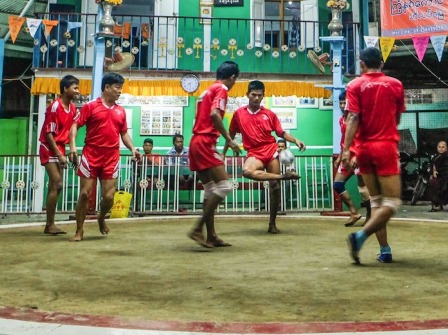 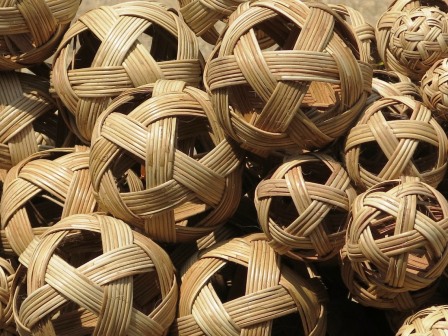 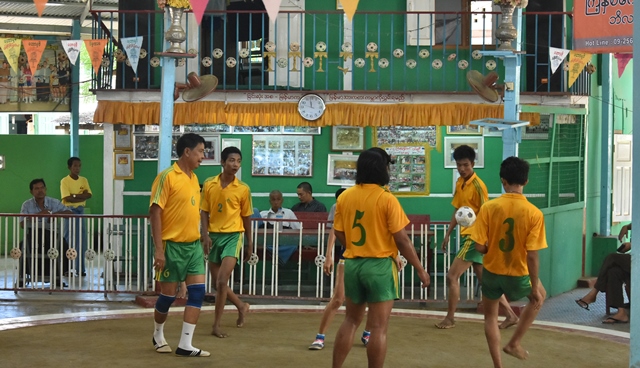 Chin Lone (cane ball) tournament held in Mahamuni Pagoda compound almost a month for every day and night. Cane ball players from all over the country come up to Mandalay to enjoy this festival. We can enjoy to see several ways of playing Chinlon and racing by either team or individual with local folk music. Actually it begins about a month before the ending date but the last week displays the skill of the best teams.

Related Tours you would love:

Waso is the fourth Myanmar month. It is part summer and part monsoon.The full-moon day of Waso is significant as the day the embryo-Buddha was conceived, the day Buddha preached

Waso is the fourth Myanmar month. It is part summer and part monsoon.

The full-moon day of Waso is significant as the day the embryo-Buddha was conceived, the day Buddha preached the first sermon of Dhamma Cakka, the day He performed the miracles. It is a time of ordination and novitiation into the religious order, with these events held since the days of ancient Myanmar monarchs for the flourishing of the Sasana. There is also a practice of young men and women going on outings of gathering flowers to be offered at Buddha images. A significant practice of Waso is the offering of monk’s robes to members of the Sangha for  use during the Lent and so these robes are called Waso robes. Likewise there are also big candles called Waso candles offered at this time of the year. Among lay people it is also a time to offer elders cakes,fruits and other offertories.

In some years, there are two full moons in the month of Waso. The main festivals are celebrated around the second Waso fullmoon which falls in July. This festival commemorates the time when the Buddha gave His first sermon to five monks. Pilgrims throughout the country gather wild flowers to offer at pagodas, and offer new robes to monks. The Buddhist Lend period is from the full moon  of Waso until the fullmoon of Thadingyut.

Most city in Myanmar

This festival is a regional Nat festival, keepers of the Ayeyarwaddy River. After harvest time, hundreds of farmers, wearing colourful dresses, arrive with their beautifully decorated bullock carts at the

This festival is a regional Nat festival, keepers of the Ayeyarwaddy River. After harvest time, hundreds of farmers, wearing colourful dresses, arrive with their beautifully decorated bullock carts at the Myatheindan Pagoda. They build a big tent as temporary housing for the nat images. During these days the mediums perform Nat Dances in order to be granted a good harvest for the next season and to the delight of hundreds of spectators. Can observe several kinds of ceramic wares from Sagaing and Kyaukmyaung are laid out at the bank of the river for sale during the festival.

This  festival is known as a major gathering spot for spiritual mediums. Hundreds of believers and mediums (natkadaw) come once a year to Taung Byone. It is the

This  festival is known as a major gathering spot for spiritual mediums. Hundreds of believers and mediums (natkadaw) come once a year to Taung Byone. It is the most impressive Nat festival in Myanmar.

Taung Pyone is the site where two brother serving a king of Bagan in the 11th century were executed. They became powerful spirits or Nat. This festival in their honor is attended by tens of thousands of mediums and worshipers. A ritual is celebrated each day. Toddy palm wine, whisky, rum, grilled rabbit and fried chicken are offered to the two spirit brothers. Orchestras come to play for the mediums who dance to make the spirits joyful.

Myanmar is a land of festivals. They reflect the cultural diversity of the country’s many ethnic groups. The Taung Pyone festival this month is a colorful event celebrating the traditions and beliefs of the Myanmar people and paying tribute to the venerated nats, or spirits. Myanmar people believe that nats can bring good omens, foresee the future and provide guidance. Taung Pyone, which dates back to the Bagan period and is one of Myanmar’s biggest festivals, draws hordes of visitors who believe nats from all over the country come to enjoy the celebrations.

The most important spirit or nat festival is the Taung Pyone Festival held in August or September each year. This ancient village near Mandalay was where the two brothers Min Gyi and Min Galay were unfairly executed so it is their main shrine. Eleven days of rituals are conducted by officials. Dressed in silks and stins, and made up as if for traditional dance performance, spirit mediums dance while being possessed, and the spirit in them ‘eats’ the food offered by smelling, although with drinks such as whisky they can drink up the whole bottle in several swallows without the medium getting drunk. A traditional orchestra of a drum circle, oboe, cymbals, brass gongs and the big drum accompanies the dances with music especially composed for the spirits. Mediums dance and sing while cash notes are pined to the medium’s jacket by the donors and more tossed to the musicians and spectors.

If you’re planning to travel, read on to learn more about the corona virus and tips for staying safe on the road.